Sting at the London Palladium

Renowned for performing in stadiums and arenas across the world, this offers the rare opportunity to see Sting in an intimate venue

59 Productions was thrilled to design and direct the production ‘Sting: My Songs’, conjuring a dramatic and dynamic theatrical environment around the existing – and wildly successful – live touring show.

Working alongside long-time Sting collaborator (Lighting Designer) Danny Nolan, our team designed a transformative physical world, augmented throughout with dazzling animation, projection and lighting. The physical design of the show includes two towering video screens which frame Sting on either sides of the stage and bring him closer to the audience through intricate live camerawork composed and delivered by camera director Blue Leach. A curved LED screen is positioned upstage of the band and features compelling video content designed to complement the songs.

The exuberant and dynamic concert showcases Sting performing his most beloved songs, written throughout the 17-time Grammy Award winner’s illustrious career both with The Police and as a solo artist. Songs include Englishman In New York, Every Breath You Take, Roxanne, Message In A Bottle and many more, with Sting accompanied by his electric, rock ensemble 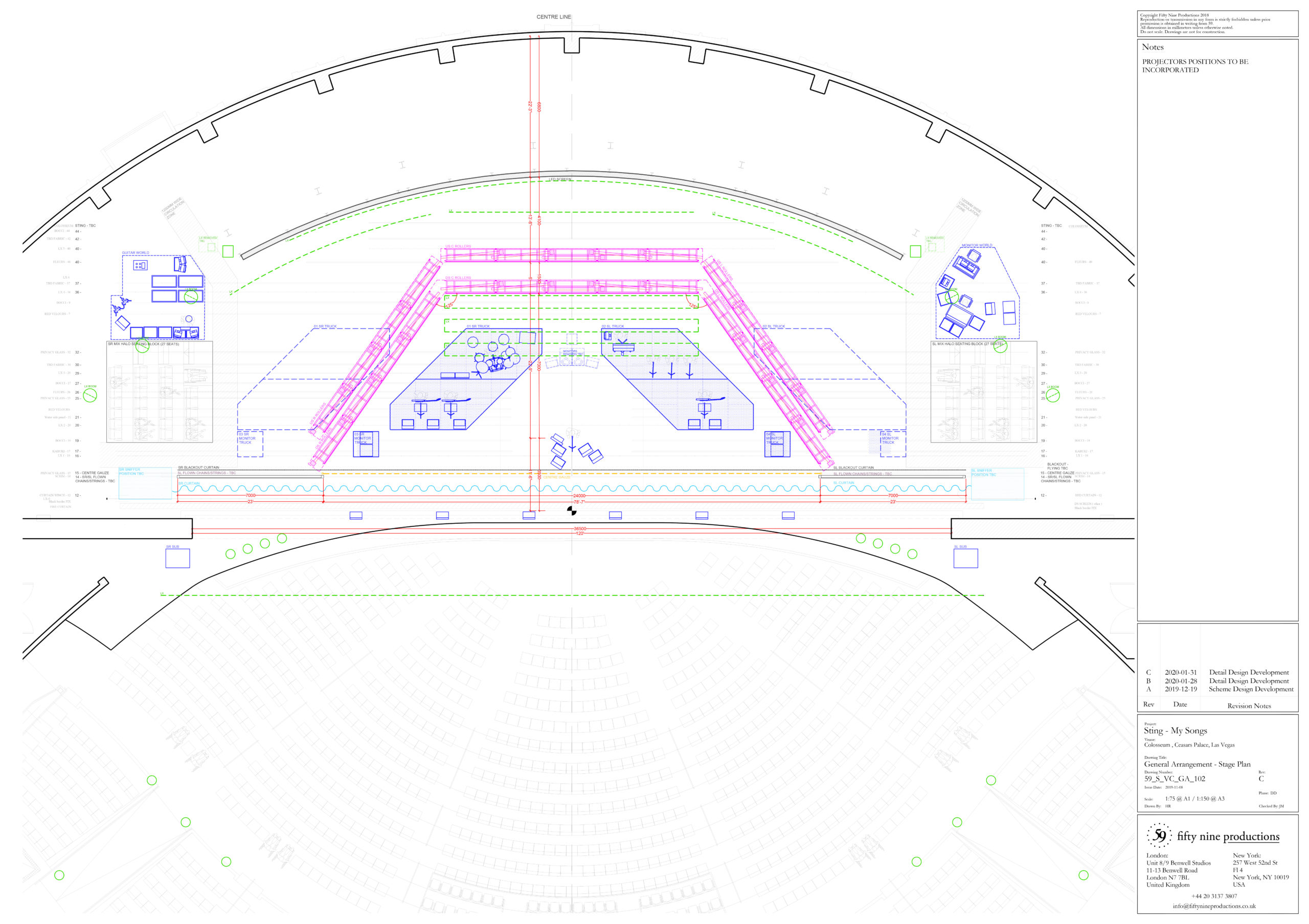 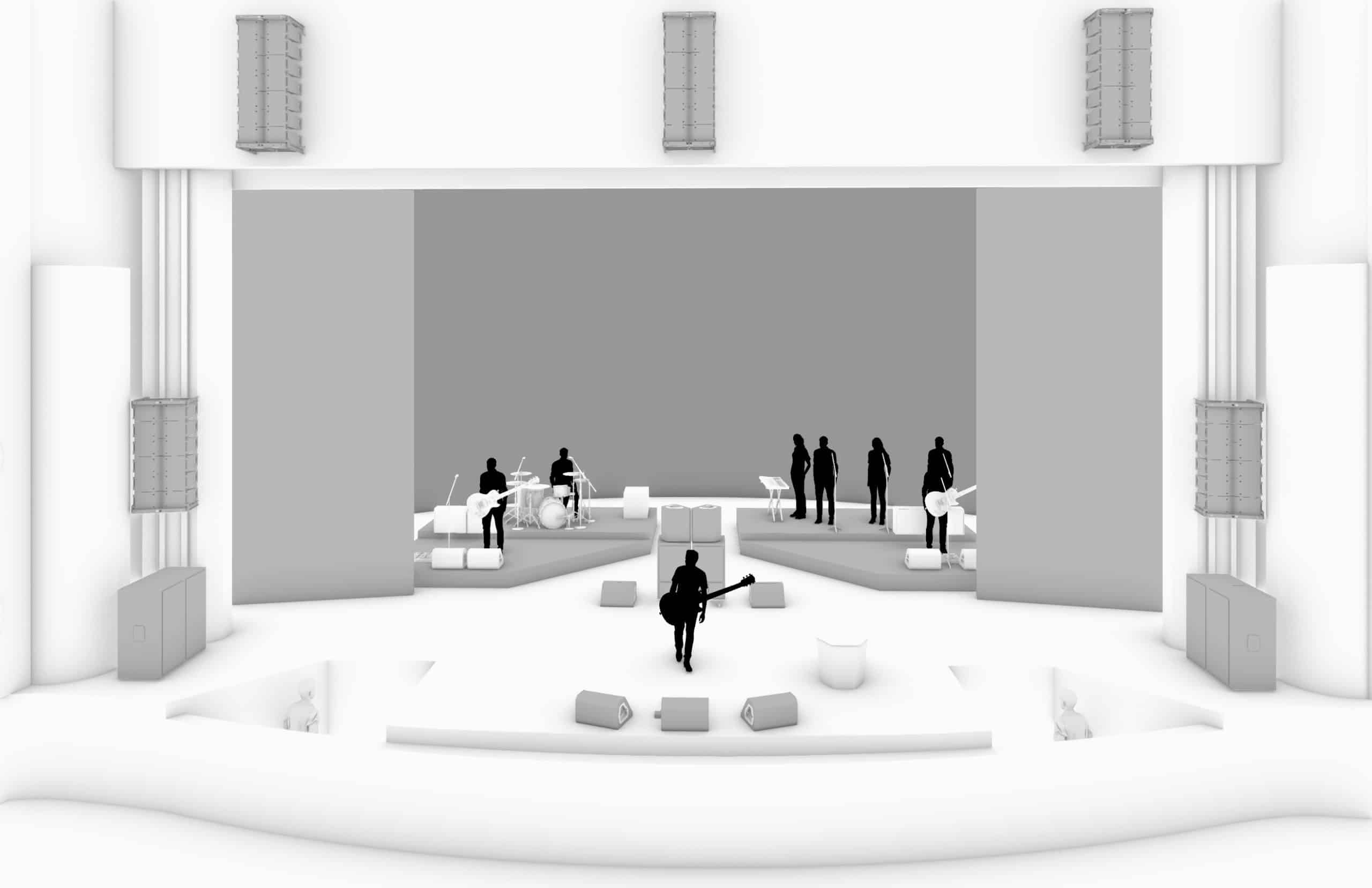 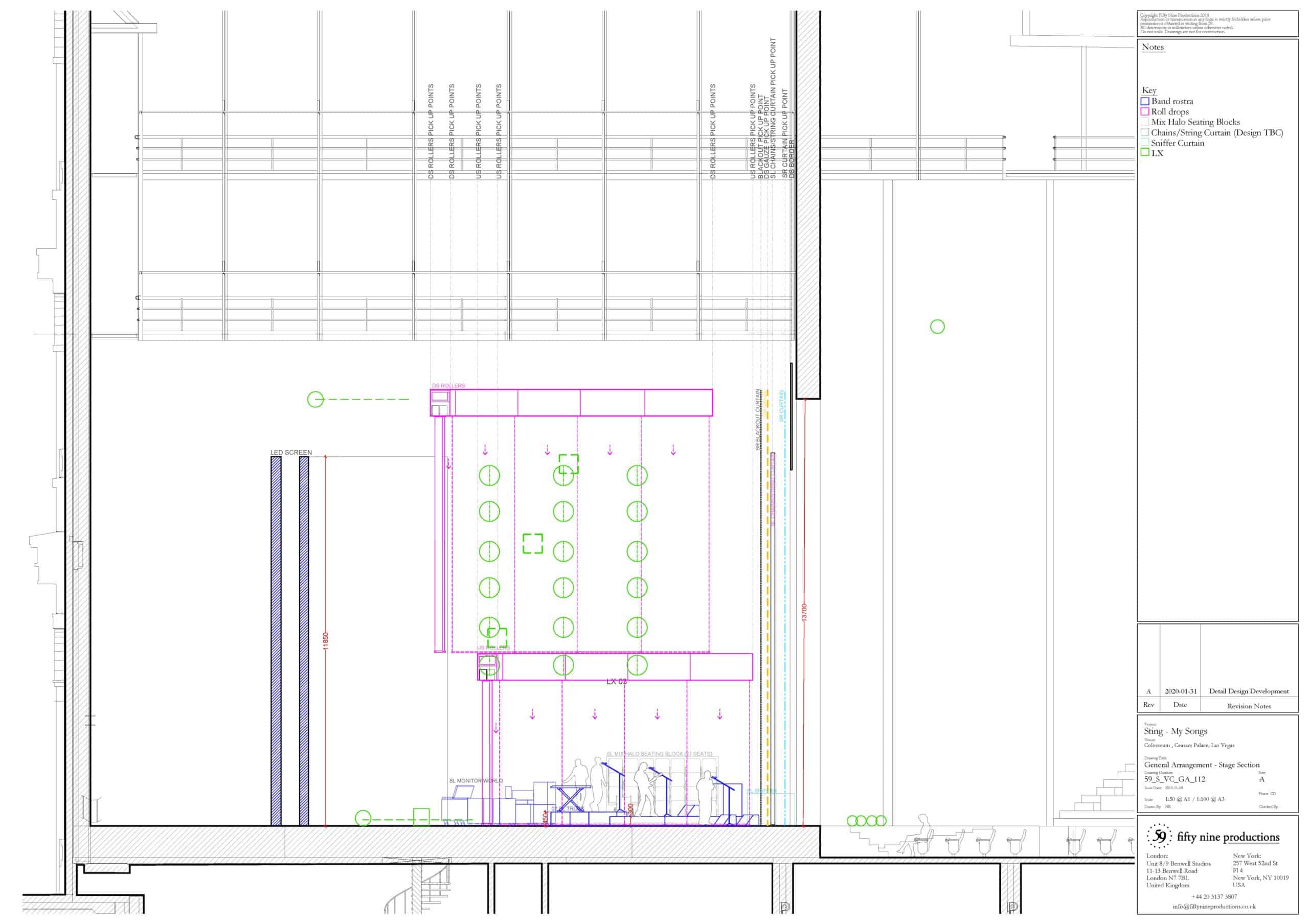 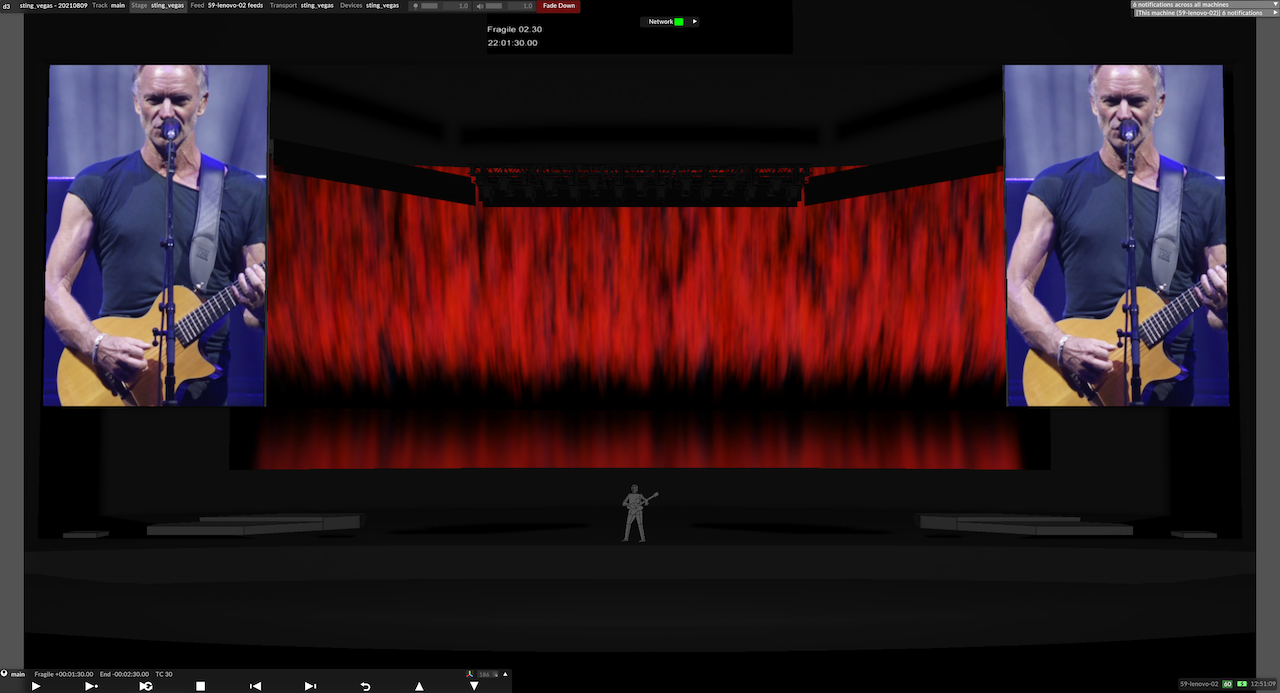 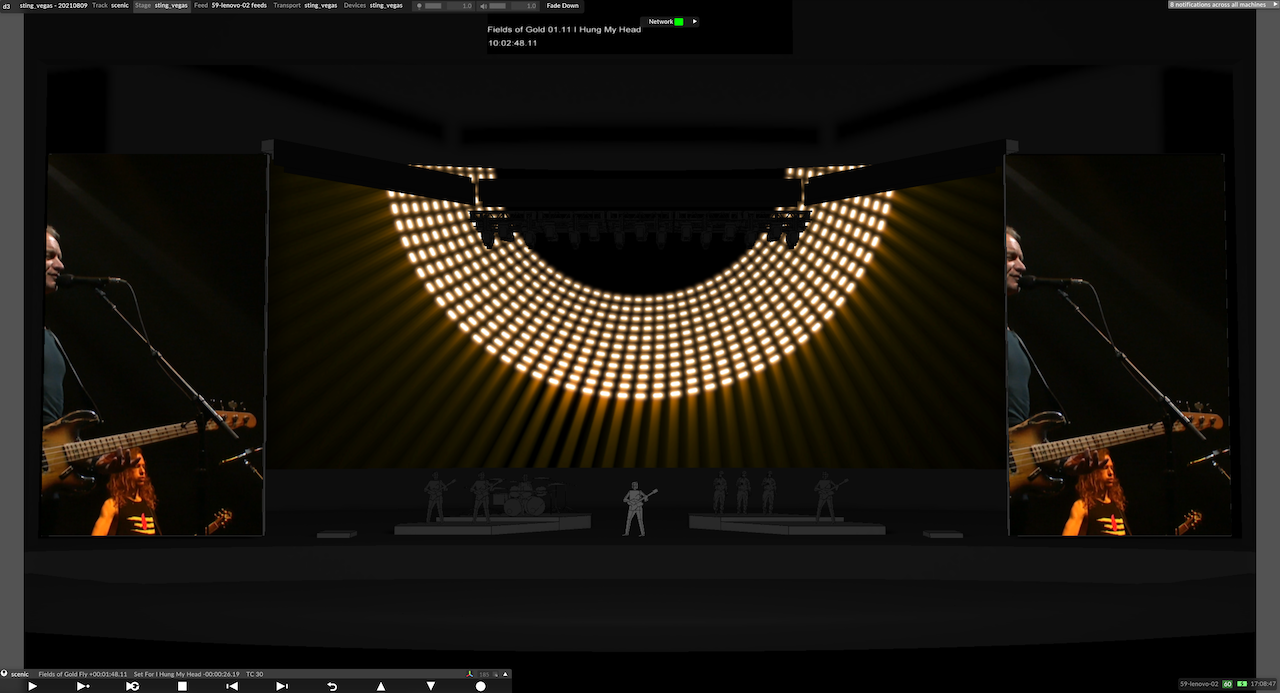 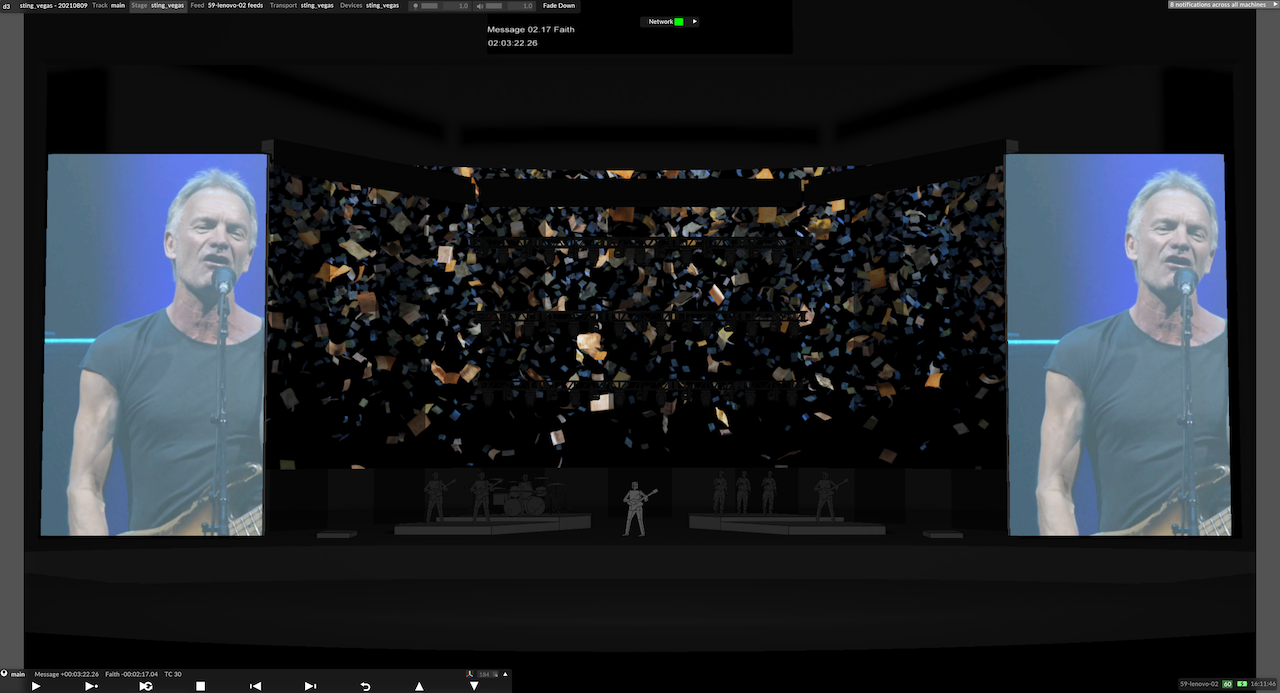 Directed and Designed by